Aloe vera is a member of the lily family that grows in tropical countries. When you cut into a leaf, you get a fleshy pulp that allows the plant to survive long periods of drought and offers an amazing array of therapeutic properties. 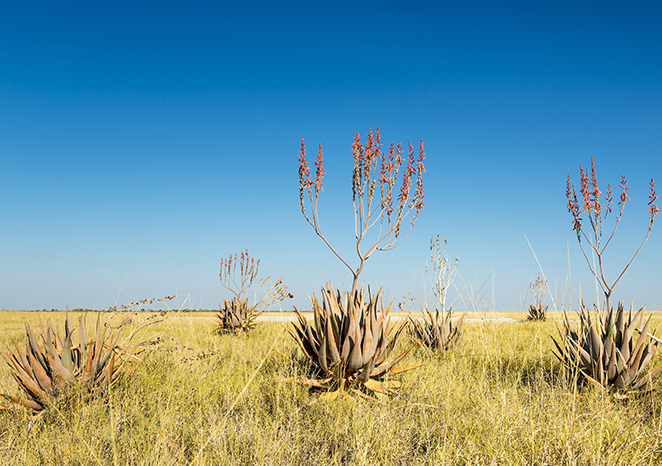 Over 400 varieties of Aloes!

There are around 400 varieties of aloe to be found across all countries with a warm climate.

However, only some of these varieties are recognised for their medicinal and cosmetic properties, including the vera, ferox, arborescens, chinensis, saponaria and succotrine varieties.

Some species are actually trees with a smooth trunk that can grow up to a dozen metres in height!

Aloe plants are able to store large amounts of water in the tissue found in their fleshy leaves and sometimes their trunks in order to survive in hot, dry climates (dichotoma, diplocata, pilansii and barberae  varieties). Their inflorescences can be yellow, red or orange.

Many species of aloe originate from Africa and the Near East, where the greatest diversity of species can be found.

Nowadays, aloe vera is found in its natural state in all countries close to the Tropics, such as the Caribbean, South-East Asia, the West Indies, the Bahamas, Mexico, Madagascar and even Mediterranean countries and the southern United States.

The most commonly used variety of aloe is aloe barbadensis (or barbadensis Miller, after botanist Philip Miller), popular for the rich translucent gel it produces and the many beneficial properties thereof.

It is also the variety that features most heavily in the scientific literature and that has been the most widely studied, particularly by means of clinical tests.

“The aloe plant is a veritable pharmacy
in its own right, with the ability to cure
various conditions by itself.” 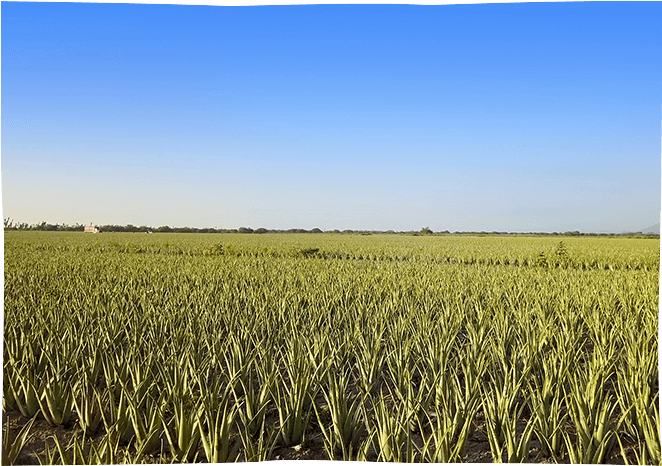 By subscribing to the newsletter, you agree to receive Ciel d’Azur Labs emails on our news and current offers. We do share your data with Mailchimp. See how your data are used. You can unsubscribe at any time in the bottom part of the newsletters sent, as well as in your customer area if you have one.