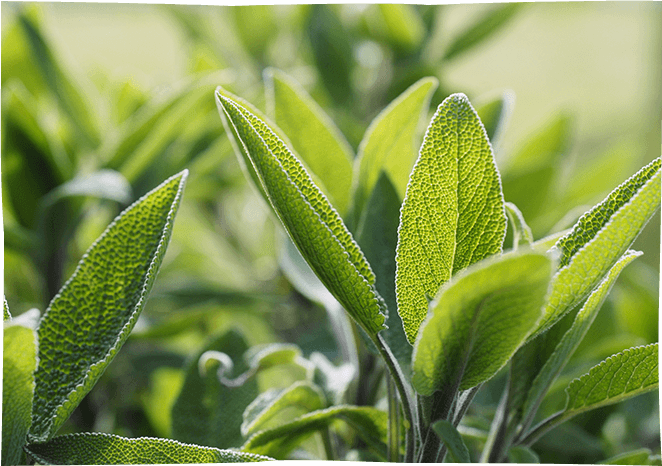 Born from different ways of thinking, organic farming appears in Europe between the two World Wars.
It is driven by agronomists, doctors, farmers or consumers who react against industrialization and materialism that gradually gains agriculture.
It is based on soil preservation, observation and respect of natural balance in order to produce quality food and preserve the autonomy that peasants will gradually lose.

Well established in northern Europe and United States, Biodynamics attaches particular importance to composting, to the use of stimulating plant and mineral preparations, and to the consideration of telluric forces.
The agricultural domain is then considered as a living organism in which man has his place, and his evolution is linked to that of nature.
The productions of dynamics are certified organic, and identified by the Demeter label.
In 1940 the British agronomist Albert Howard published theories on soil fertility, the importance of humus and the use of fertilizers obtained from compostable renewable organic matter. He also questioned the use of chemical mineral fertilizers. 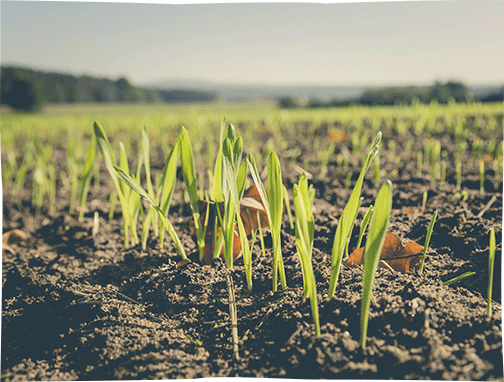 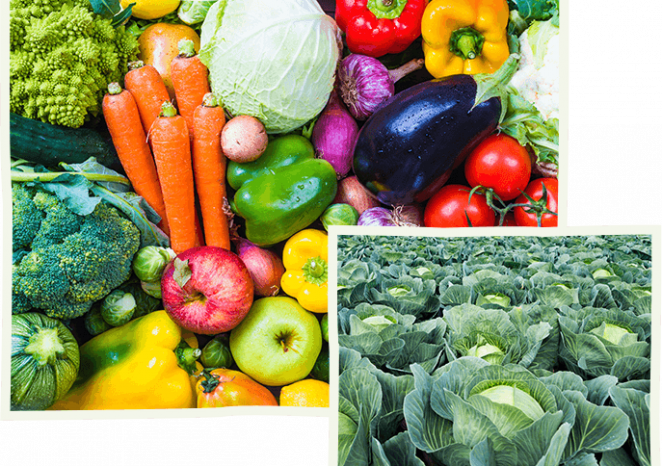 In the 1970s, transforming peasants and militants organized themselves. Professional unions such as FNAB or GRAAB are born.
Held by ecologists who care about their food, the first consumer cooperatives at the origin of Biocoop stores are developing themselves in partnership with farmers in order to offset deficit and cost of products distributed until now by natural health and diet stores.
At the same time, producers set up sales structures for the regional expedition, which will merge and later become platforms for the supply of Biocoop stores.

The positive impacts of organic agriculture on water, soil, biodiversity and landscapes are widely accepted today in Europe and throughout the world through various studies.
Large-scale studies include the findings of over 20 years of observation on experimental plots, published in 2005 by Cornell University: 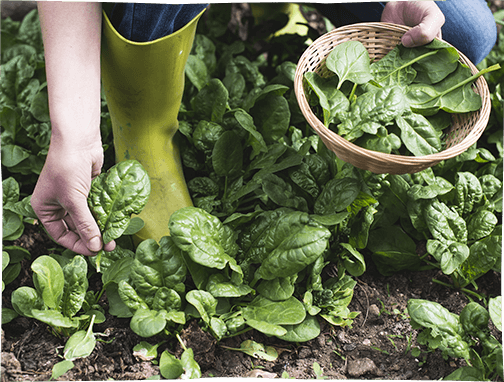 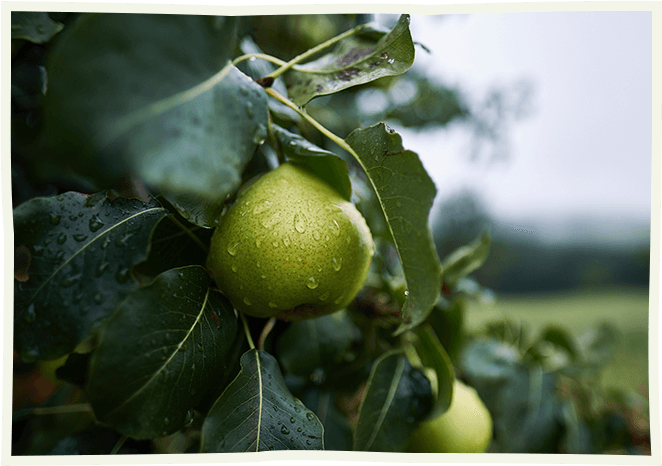 The price of Organic Ecological, economic and social implications

The increase of organic market should lower the costs related to manufacturing, logistics and distribution.
Distribution is still too limited, production is scattered throughout the country, transport and logistics costs are higher, and compared to our European neighbors, organic farmers are now less subsidized than conventional farmers.
During all these years of effort in a skeptical, even hostile environment, and without the public authorities’ support, the French bio-planet is working to emerge from marginality. Practices are improving.

The Organic in the world France ranks 18th with only 2% of organic farming area!

Organic developments in the EU countries differs according to the commitment of each state member and are linked to aid provided at national or regional level. Aid for organic conversion in France exists since 1992 and is paid for 5 years, for a conversion period of three years depending on the production. A number of countries provide this aid permanently to producers, something that French Organic sphere has long been demanding.

Present throughout the world, Organic is supported by more and more governments and is growing strongly in China. Most of the world’s organic lands are distributed as follows: Australia and Oceania, Europe, Latin America, Asia, North America, Africa.
In poor countries, Organic appears as an opportunity because, being less expensive in sophisticated equipment and products, it therefore is more suited to local resources and know-how. 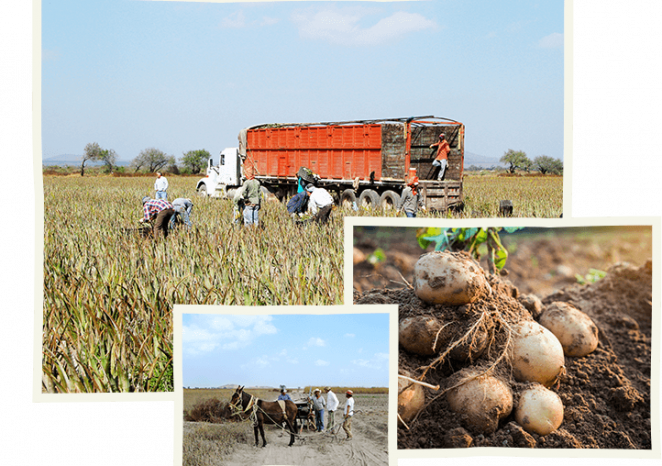 In the case of a previously conventional farm, a declared transition phase to the inspection body is mandatory. The conversion period is 2 years for annual crops such as market gardening, cereals and meadows.

It is only at the end of the second year that the farmer can use the appellation “Organic product” for sale its production. This phase longs 3 years for perennial crops such as fruit trees and vines.

In addition to the annual inspection, 50% of producers and processors receive a surprise visit from the control organism at the expense of the producer. Organics have to pay to prove they do not pollute!

Controllers are themselves subject to obligations and must be approved by the public authorities.

Thus in the aftermath of the First World War, modern agriculture would take off. In the countryside, machines will soon replace animals, and men be called by industries and cities.
Synthetic chemical fertilizers and nitrate industry have new outlets. The same ones that were used to make explosives and bombs during four years of war.
Plenty of promises for an agricultural world with easy-to-use products and increased yields. They augur the specialization of farms in cultivation or breeding in an intensification to the excess. 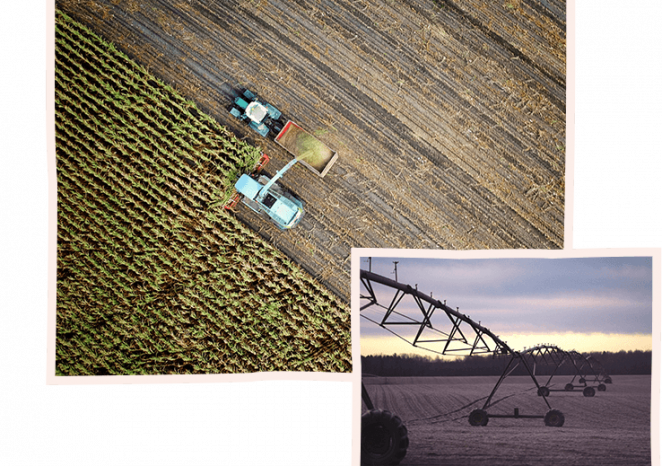 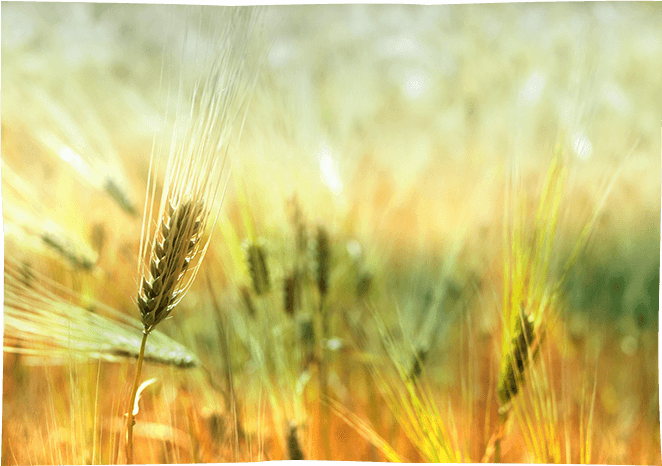 What is sustainable agriculture?

Reasoned agriculture has nothing to do with organic farming. It emerged in the 90s at the initiative of the “Forum for Responsible and Environmentally Friendly Agriculture”, an association made up from phytosanitary industries representatives, agro-food pesticides manufacturers and agricultural unions cooperatives. It does not want to remove chemicals but only to limit their excesses. The measures advocated in its framework are not binding, as well as the non-compliance modalities.

Also called phytosanitary products, they are formulations designed to destroy certain species to the benefit of others. Insecticides against unwanted insects, herbicides against weeds, fungicides against fungi, etc. So many biocides that kill life according to their etymology.

The repeated use of these same substances over large surfaces quickly leads to a resistance phenomenon from the aggressors, leading to an over-bidding of the product and rendering it mostly ineffective (such as antibiotics in medicine).
The advices of phytosanitary products is provided by the same companies that sells them, which does not favor the development of alternatives like Organic!

On environmental and health plan, phytosanitary products cause even more serious issues as they are present everywhere: in water, air and even in the blood and fatty tissues of adults and children, as well as in breast milk. Even before birth, the fetus is contaminated with pesticides.
Market gardening, fruit growing and vineyards, and cereals are among the most heavily processed. The maximum permissible residue limits are largely exceeded in over than a half of the fruits and vegetables consumed. 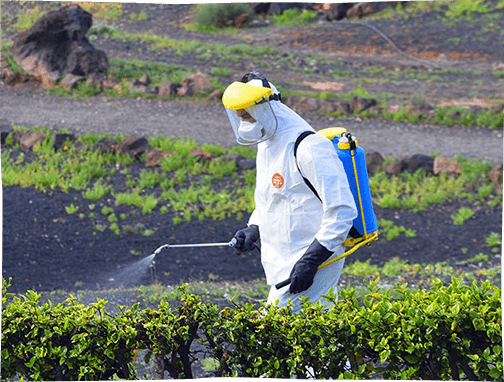 Logo explanation To better find your way around